Here is where to order my book, "The Chrisian Disciple"

Here is a good Study Bible you can purchase and support this Ministry at the same time. through my Amazon Associate Page

See Our Live Cast and Videos, "The Way of Christ live" 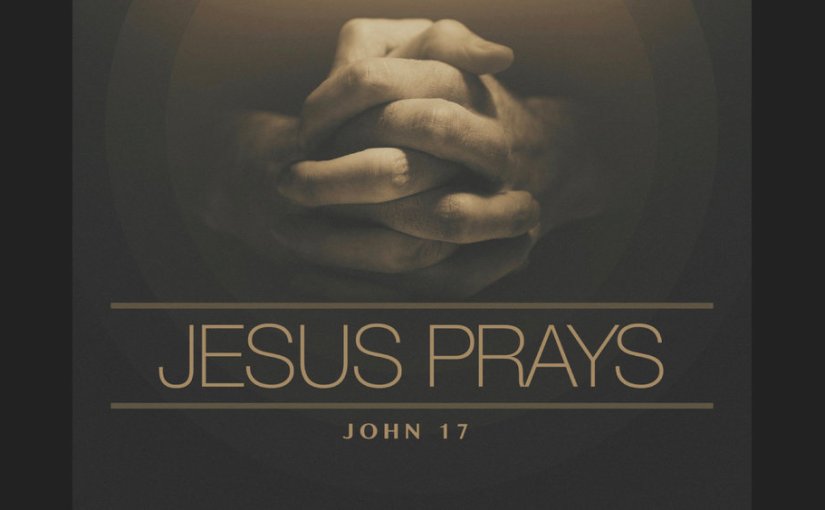 The Prayer of Intercession is probably my favorite chapter in the entire Bible. This prayer is an intimate conversation between Christ and the Father on our behalf that we may know His heart and how much He cares and loves for us. Beyond anything else, save His crucifixion, this prayer shows how much Christ truly felt our emotions, of love, longing, loss, heartache, and joy. Through this, we can see that He truly experienced the human condition. While He certainly holds true to His divinity, He also remains humble and makes requests for us, who He counts as a part of Him.

Following the Last Supper, and a whole lot of divine revelations to His disciples they begin to walk to the Garden of Gethsemane. Along this walk Christ begins to pray in the middle of the night. His prayer is said aloud for His disciples to hear and that they may be filled with the same spirit that He has in these final moments. As a soldier and his unit preparing for combat, He says this prayer to fill His team with confidence in the things to come. It is His last battle cry, His rally to arms. Though, it was not for combat, it was for love and the work of the ministry. Let’s read this powerful prayer. John 17 holds the entirety.

These words spake Jesus, and lifted up his eyes to heaven, and said, Father, the hour is come; glorify thy Son, that thy Son also may glorify thee: As thou hast given him power over all flesh, that he should give eternal life to as many as thou hast given him. And this is life eternal, that they might know thee the only true God, and Jesus Christ, whom thou hast sent. I have glorified thee on the earth: I have finished the work which thou gavest me to do. And now, O Father, glorify thou me with thine own self with the glory which I had with thee before the world was. (John 17:1-5, KJV)

This first part of this prayer is Christ acknowledging His Father’s will that He has fulfilled already and asking for the strength to bring it to completion that He (Christ) may glorify His Father even more. He even says that God has given eternal life, and that eternal life is found in the truth that God is God alone who sent Jesus (who is God, the Son ref. John 1:1-4, Rev. 1:8). It is simple, and plain, yet profound and a centerpiece to our faith. To call yourself Christian is to believe in the fact that Christ is both the Son of God and God, himself. Carrying on in verse 6:

These verses are Christ acknowledging His Father’s will. He says that His disciples were chosen by the Father and that everything that He taught and said was His Father’s will. Christ says that everything that was given to Him, He turned and gave it to His disciples. Like a band of brothers, He kept no secret from those He loved most, all the words and lessons that God had, He gave them to His friends, disciples, and his most trusted followers that they might be fully equipped for the work of the ministry after He left. Now, He gets personal starting in verse 9.

I pray for them: I pray not for the world, but for them which thou hast given me; for they are thine. And all mine are thine, and thine are mine; and I am glorified in them. And now I am no more in the world, but these are in the world, and I come to thee. Holy Father, keep through thine own name those whom thou hast given me, that they may be one, as we are. While I was with them in the world, I kept them in thy name: those that thou gavest me I have kept, and none of them is lost, but the son of perdition; that the scripture might be fulfilled. (John 17:9-12, KJV)

Here we see Christ begin praying specifically for His apostles. Because they are special to Him, He says those that are given to Him, as our most treasured friends are, so were these men to Him. God grants friendship, kinship to be the bonds by which we learn how to love one another and it was something that He felt Himself. Christ asks that God keeps His friends, as in keep them in His will that they may be one in the spirit of God and fellowship. Jesus knows the hard times that are going to ensue following this prayer and He wants them to be kept together despite what they would do (Judas’ betrayal and suicide, Peter’s denial, the general cowardice in the face of controversy). Christ wants them to hear this also, because He knows that it is important that they hear how He prays for them that they might know how to pray for one another. We get to go even deeper with what comes next in verse 13.

This is one of my favorite parts of His prayer, here this is where Christ prays for their protection, but not as we might pray for one another’s protection. See, I normally hear in prayers, and have prayed myself before, that God keep people from danger, or from death, but Christ does not. More rather Christ says that He prays aloud (these things I speak in the world) that they may have JOY despite the hate that this world shows them. He even goes as far as to say, do not take them from the world, instead keep satan away from them and sanctify them in Your Word that they might be filled with joy and strength. That is just beautiful! He knows this world will turn against them and so instead of trying to keep them out of it, He prays that they be filled with joy because they are doing what is right and when the world hates on them it is because they are doing what is right! The only protective thing He asks is that Satan be kept away from them. And that is who we truly fight against in this world, not people, but Satan and his many schemes and deceptions. Now, let us see what Christ prayed for us! Beginning in verse 20:

Neither pray I for these alone, but for them also which shall believe on me through their word; That they all may be one; as thou, Father, art in me, and I in thee, that they also may be one in us: that the world may believe that thou hast sent me. And the glory which thou gavest me I have given them; that they may be one, even as we are one: I in them, and thou in me, that they may be made perfect in one; and that the world may know that thou hast sent me, and hast loved them, as thou hast loved me. (John 17:20-23, KJV)

All right, now we are getting into why the prayer of Intercession is so important for us! Here we see Christ change from just His present disciples, and begins to pray for all those who would believe by the accounts, testimonies, and witness bore by His apostles, and that is everyone else who ever became a Christian, i.e. YOU and ME! Christ prays for our salvation here, prays that all those who should believe in the testimony of other disciples that we would be made one with God! And this is to honor and glorify God, because the world will see when we begin to act as believers and our lives change, as they should, that there is no denying that we are followers of Christ. As we talked about yesterday, that the world should know we are Christians by our love! Because as He said that “the world may know that thou hast sent me, and hast loved them” (John 17:23, KJV), that is what we are to embody as a unified body of believers. It does not matter what you think of another believer, because you cannot claim to love God and hate your brother (1 John 4:7-21). This is so important as a believer, it is beyond an imperative, that it is so important that God, Jesus, made certain to make it not only His final command before dying, but also prayed for it that we may know just how important it is to Him.

In closing, Christ turns back to His praying for His disciples that are with Him beginning in verse 24:

Father, I will that they also, whom thou hast given me, be with me where I am; that they may behold my glory, which thou hast given me: for thou lovedst me before the foundation of the world. O righteous Father, the world hath not known thee: but I have known thee, and these have known that thou hast sent me. And I have declared unto them thy name, and will declare it: that the love wherewith thou hast loved me may be in them, and I in them. (John 17:24-26, KJV).

In closing for His prayer, He returns His focus on His disciples. He prays that they would be able to truly bear witness to the glory of God that they may have a full understanding that God is who He says He is. And lastly, that they may have the same love that the Father has for the Son. Again, it is a beautiful picture of how real Jesus was. He had friends that He wanted to know just how awesome His Dad was, and He would stop at nothing to prove to not only them that God loved them and was all powerful, but He did not want to rest until the entire world has heard this! Shortly after this prayer Christ and His apostles arrive in the Garden Gethsemane where Christ begins to pray for strength to fulfill His Father’s will by going to the death of the cross. But all of that, and more we will cover tomorrow.

One thought on “Maundy Thursday: The Prayer of Intercession”

This site uses Akismet to reduce spam. Learn how your comment data is processed.

teaching one fish at a time~ sheep are welcome

Copious Morsels of Everything

Sharing tidbits of my world

“My food,” said Jesus, “is to do the will of Him who sent me and to finish His work."

Welcome to a child of the Most High

Checking out the wierd old stories that inspired our new ones

BE RECONCILED TO GOD

Luke 10:2 "Then He said to His disciples, 'The harvest is plentiful, but the laborers are few.'"

Sharing the Gospel through the passions and experiences of college students

BY GRACE THROUGH FAITH

The heavens are telling the glory of God; and the firmament proclaims His handiwork. Psalms 19:1

By and For the Young Christian

Im ashamed to die until i have won some victory for humanity.

Domenic Garisto / LIFE IS NOT A REHERSAL,SO LIVE IT..if you can't be the poet, be the poem..havau22.com

Christian poetry and prose, quotes, and thoughts - if they glorify God they were worth writing; if they mean something to one other person, they were worth sharing. Comments always welcome!

The power of words